My Drobo FS has a flashing red light, which I assume is a drive gone bad. Weird thing is, this has happened several times before, but I could still access the files on it. The Drobo mounts using AFP (Apple File Protocol), but will NOT mount using SMB, and I can ping it, but the dashboard doesn’t see it, and there are no files visible. Also, the black Drobo icon doesn’t appear on the mounted volume. When I get info for the Drobo, it shows 9.81TB out 17.57TB used (see linked image), so my data is still there, but nothing appears. Also, it’s not rebuilding or whatever it usually does when a drive fails. If someone could shed some light on this, I would greatly appreciate it. Thank you.

EDIT: SOLVED. It appears that all I needed to do was replace the bad drive to begin the rebuild process, and access my files again. I hope this helps people in the future. 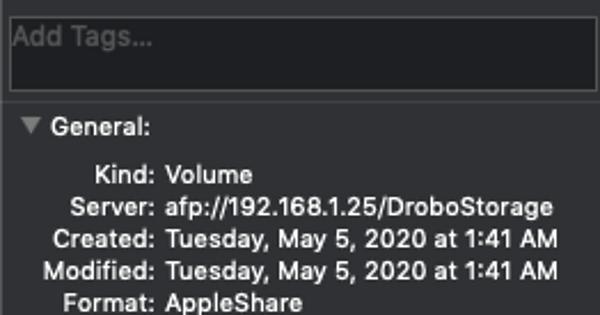