Is Drobo still in business

I placed my order in June (through B&H Photo). Crickets. I get an email every few weeks from B&H saying ‘still not in stock’. Is Drobo building devices? Service? Anything.
I’ve emailed Drobo, called 408 454 4200, nothing. B&H says they know nothing.

There are stock shortages affecting most of the tech industry currently. I don’t know about the rest.

I contacted DroboCare a few weeks ago to replace a 5D3 that was not working properly. They sent me the replacement device immediately and accepted the return of my defective unit. From that, I assume they are still in business.

Yes I too have inquired about ANY update of productivity & still NO RESPONSE to my last email to the entire DROBO TEAM! See below for email submitted last week.

"Are there any encouraging updates of Drobo 5D3’s or any other Drobo products coming ONLINE SOON?

I might have to go to a different system of back-ups and I simply don’t want to because I love DROBO PRODUCTS!

Does DROBO HAVE A FUTURE?

Does DROBO HAVE A NOW?

Look forward to a response that will keep us REMAIN hopeful for Drobo’s return to the big stage.

Hi there, have you gotten a response from Drobo at all? I’m also feeling a lack of support from Drobo and wonder if I need to start looking else where. Many links on the support website get redirected to the main page. MyDrobo hasn’t worked in a while.

Hi nzer, thank you for reaching out.

Wow, can you believe I’ve heard NOTHING FROM THE DROBO STAFF OF ANY KIND. Their silence is either ‘strategies of revamping their approach’ or ‘acknowledging surrender’ or ‘lay low & weak, until they can say something again’ BUT will the fans leave because it was too late?

I’ve been looking into other systems but I still resonate with Drobo’s systems. Also over time I have discovered that many other articles are complaining a lot about how Drobo machines have broken down with no warnings or explanations as to why. Maybe this is all a sign of transitioning to something else. I sometimes wonder if DROBO STAFF even takes a look at what customers are even saying here. Where is the DROBO alliance?

mm, I think I’m going to look for alternatives as well. Too bad I paid for DroboCare till 2024 and have yet to have a good support experience that didn’t take weeks/months.

I did some research and found just a view breadcrumbs about their merger with Storecentric. Since 2020 it is awfully quiet. From my point of view Drobo is dead. Otherwise you would not do what Drobo is doing - no communication at all. No new products, no software update, no new features, no nothing.

What do you think?

You are SPOT ON!!

Thank you for your perspective.
Please share more when you can.

They are still active on Twitter, though it seems to be mostly empty promises. In January, they promised more Drobos in “2-3 months”: 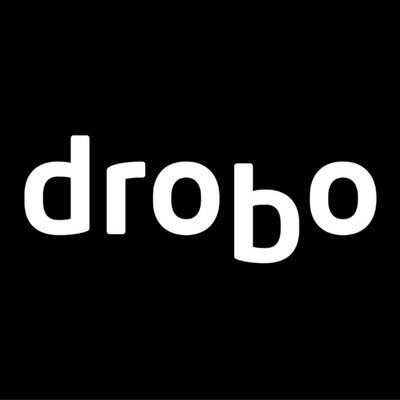 @drobo
@Photofeature Hi Lara, thanks for reaching out. We are expecting a restock to our US store within the next 2-3 months. After our US store is stocked we plan on getting inventory into our EU store. The timeline for it all is subject to change as we continue to navigate the ongoing chip shortage

More recent tweets are much less definitive, with respect to timelines:

@drobo
@whophd Hi Christian, thanks for reaching out. We are working on getting more inventory into our stores and due to the ongoing chip shortage the process has taken longer than expected. As soon as we have stock I'll update everyone!

I was able to buy a Synology for work last year, so I don’t know what’s holding Drobo back…

… their lack of software updates …

Dashboard works, so does the firmware… an update is needed for what precisely? Because you like watching the version numbers increment?

I have a call into B&H and will mail the group with their reply.

I talked to B&H who tells me Drobo is still in business.

Is Drobo publically traded? Do they have shareholders? Does Storecentric?

Maybe they’re trying to figure out or creating what their first move is with StorCentric.

Western Digital makes a RAID case with 4x10 Total 40 TB. It’s a little more expensive than a similar DROBO but it’s in stock and by a well respected hard drive company. I’ve ordered one and will try. Foresee changing out my DROBOS.

I would take a guess that it might have to do with the warning messages Mac users see that the kernel extension Drobo Dashboard uses will “not be supported in future releases” each time there is an OS update. It’s possible the next major macOS update may break Drobo Dashboard for Mac users.

There’s probably nothing Drobo can do about that until it happens, they’re not the size of company that it’d take being for Apple to give them advance versions to develop for. They’d basically be doing “Now how do we deal with / fix this?” after it becomes publicly available.

Rather like they had to go buy the new Macs with the new silicon after they went on public sale before they could even start a fix for those.

I’m not sure it’s even possible for them to be proactive & fix that in advance without knowing what they’ll be dealing with.

I’m a registered Apple developer. I’m a single person and I have access to advance versions of the macOS. When WWDC kicks off in June, Apple provides the software, documentation, and support for developers to be able to test their products to see if they work, or update them to take advantage of new features.

They did not have to go buy new Macs with Apple Silicon after they were publicly available. Apple offered developers special A12Z Bionic equipped Mac Minis to develop for, at a somewhat reasonable price in advance of the official M1 Mac releases.

It is true that what is sometimes in pre-release versions is missing from what is finally released. My point was that the post’s author might have been referring to the OS warning that the Drobo Dashboard extension may break in a future release and to contact the developer for an updated version if needed.