Direct connection via the originally supplied USB cable, now with Apple adapter to USB-C port. I’ve had an issue with the Drobo failing to mount when the computer restarts, and occasionally it has dropped off seemingly on its own. I’d like to know if this is hardware or the OS. I suspect the latter, and just discovered from another post here that I had failed to grant full access to one of the two Dashboard files. But Dashboard had appeared to work – the problem was with the Drobo not mounting. So far I’ve fixed the problem by shutting down the Drobo with its power switch then turning it back on, and it mounts then. Dashboard and firmware are (and have been) up to date. I have updated to OS 12.2.1.

I have now granted that access and will have to see if the problem persists or if it will now mount on computer restart. I don’t want to test it until I’m forced to as it is VERY difficult to power up. That’s the second question – should it be? It always takes several tries, holding down the power switch for a few seconds sometimes does the trick.

I’m spooked about a possible hardware issue as this is the 5th housing I have had. The first 4 had to be returned under warranty right off the bat (in late 2017) as they were deemed to be faulty – with a huge lot of wasted time and trouble on my part. So far this one has not shown any issues in the Dashboard – just with mounting and starting.

Reading recent posts here, I’m even more spooked. Should I just get a 10TB SSD?

Multiple tries to start up could be an early sign of a weakening PSU, booting & spinning up all the drives is the time of highest load if the drives you have happen to be power hungry that tends to make it worse. It should power up in one go, being difficult tends to be a problem with the PSU, a drive drawing extra high current, or the unit having a problem, in that order of probability with the PSU being way most likely.

Thank you!!! The startup problem is sporadic – today working on a Lightroom issue, I had to shut the Drobo down and restart after the computer booted (the Drobo doesn’t mount in that case), and it started on the first try, without holding down the power button for a few seconds – just toggling it.

I will purchase a new PSU from Drobo – it’s worth that to try to solve a troublesome issue.

Is there a way to determine if the 5 6TB Seagate Iron Wolf drives could be pushing power consumption too far on startup?

Would removing one of them help if they are an overload? I don’t think I really need that many. I’m only storing 8.16 TB and show 21.63 TB total, with 13.46 TB free. I don’t have Dual Disk Redundancy checked.

The Drobo store is sold out of the PSU for the 5C. Does this one look OK? I do have a 5C with a thunderbolt connection.

Power supply for the Drobo 5D series. Keep one on hand as a spare, or use as a replacement supply. Works with Drobo 5D product line.

Thanks for any help!!

Try this link – I’m overloaded myself. 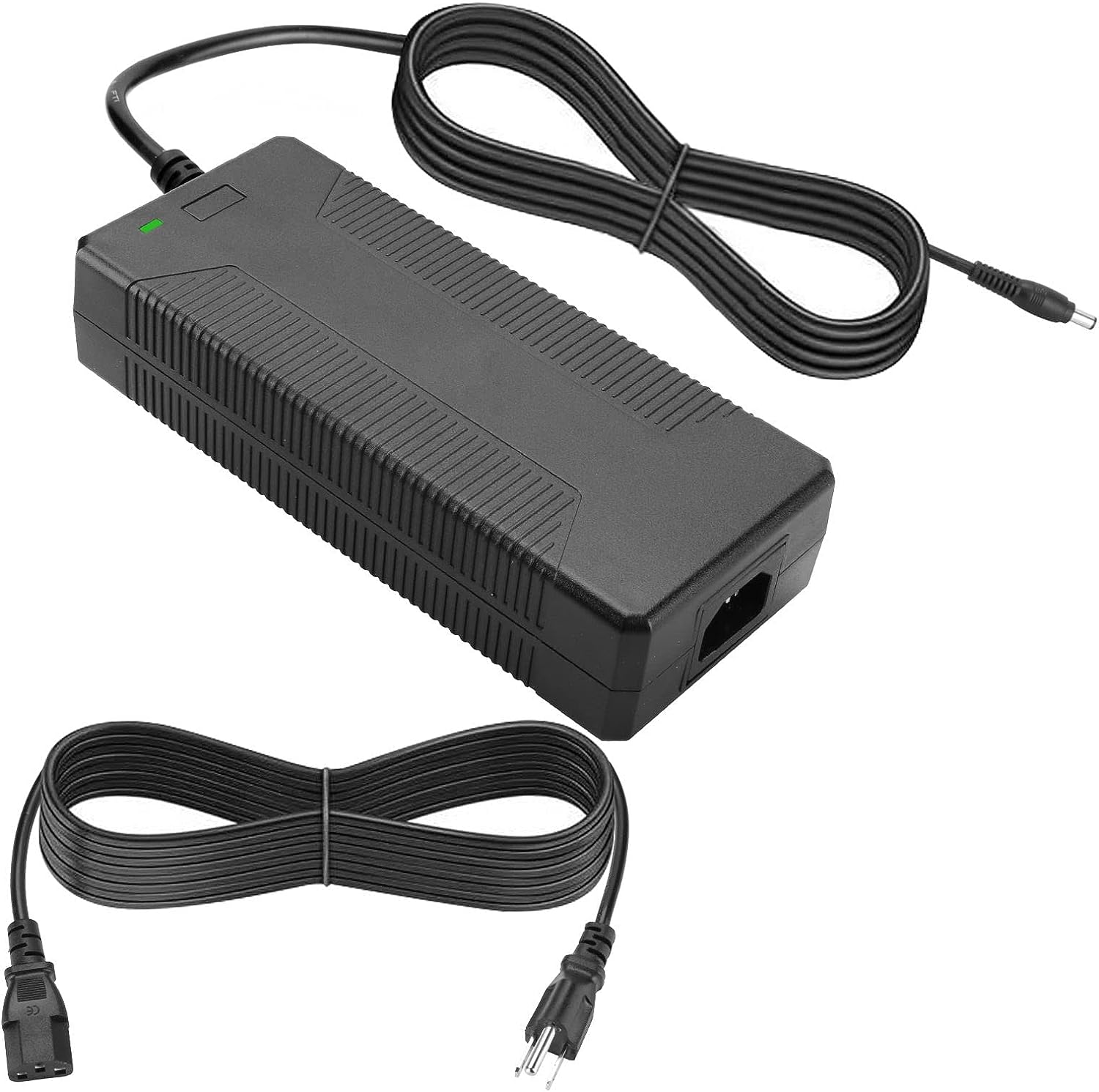 Sorry I can’t be much help with the mounting issue. Windows/PC user. Try unplugging it from the Mac during reboots?

My 5C behaves differently according to which way up the “Symmetrical & it isn’t supposed to matter” stupid type C plug is plugged in… try with it the other way up in the socket.

Thanks! I’ll get the generic and hope things work better. Fascinating about the plug…WTH – I’ll try that, too. And disconnecting during reboot – nothing to lose there, for sure.

Did you manage to solve the issue? Ive just switched to a new Mac Studio (from the old 2019 iMac intel)

I get the issue where on rebooting the Studio the Drobo fails to mount. Only if I toggle the switch at the back of the Drobo, to restart, does the unit does the disk mount.

I have not been able to solve the issue. I got a new PSU from Amazon, but same behavior with it so returned it. I don’t have an option to try the plug in a different orientation as it’s a 3-prong. I’m getting a Mercury Elite Pro Quad from OWC. The Drobo has been nothing but trouble from day 1.

I have similar sentiment, when it works it seems great but when it doesn’t its incredibly frustrating. It had been working for me for a while on the iMac but since swiping to a Mac Studio the non-mounting has become an obvious issue.

The ability for it to auto mount itself on reboot seems of critical importance. Rather than requiring a manual power cycle of the Drobo itself.

Ultimately all they had to say was:

"The engineering team are working on a new Dashboard to fix issues like that but at the moment we do not have a release date. "

So no end in sight I am afraid, considering this has been an issue for over a year.